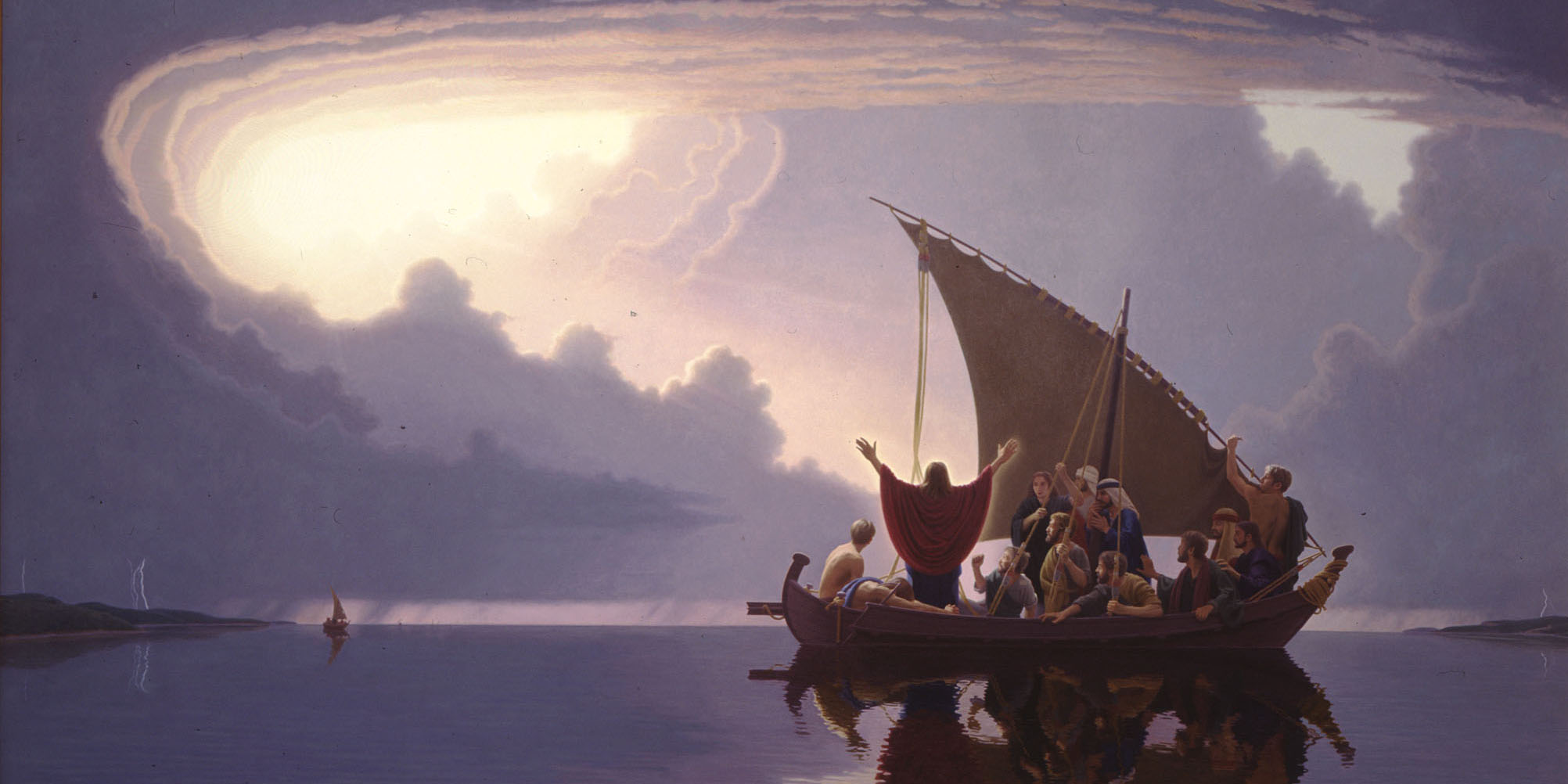 Later on, when it was about sunset, there was a great crowd gathered around Jesus.

Jesus got into a boat with his 12 disciples and told them to take the boat to the other side of the sea.

As they were preparing to shove off, a scribe came up to Jesus and said:

Jesus said to him:

The foxes have dens and the birds of the sky have nests; but the Son of man has no place to lay his head.

After this, one of Jesus’ disciples said to him:

Allow me to go and bury my father.

But Jesus said to him:

Follow me; and let the spiritually dead bury their own dead.

Jesus then entered the boat that his disciples had prepared and began to travel to the other side of the lake. They left the crowd on the shore.

As the boat sailed off toward the other shore, Jesus fell asleep in the boat.

While Jesus slept a great windstorm came up on the lake. The waves began to beat against the boat and fill it up with water.

The disciples became afraid, to the point of thinking they would be lost in the storm. But Jesus lay asleep at the back of the boat.

The disciples came to Jesus and woke him, saying:

Lord, we are perishing! And Jesus stood up and rebuked the wind and the sea and the raging water.

He said to the sea:

The storm ceased and there was a great calm.

Jesus said to his disciples:

Why are you so fearful? Don’t you have faith yet? Oh you of little faith.

The disciples, still afraid, began to marvel, saying to one another:

Who is this man that even the wind and the seas obey him?