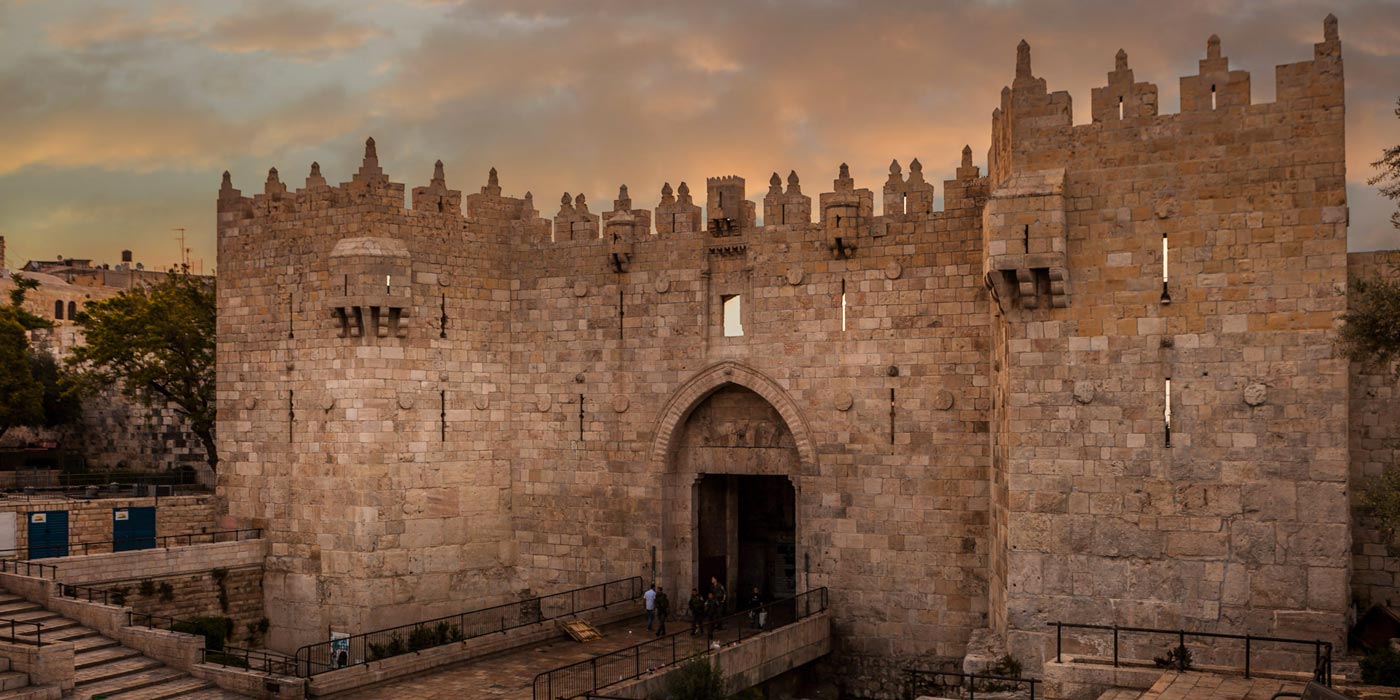 Jesus Heals on the Sabbath Day

The time of year had come for the feast of the Jews. Jesus went to Jerusalem on the Sabbath.

By the sheep gate in town was a pool, which in Hebrew is called Bethesda. The pool had five covered porches, where many sick, blind, lame and withered peope lived. One man had been there 38 years.

When Jesus saw him lying there, he said to the man:

Do you want to be healed?

Sir, I don’t have anyone to put me into the pool when the waters are stirred. Someone always goes in ahead of me.

Stand up, take up your bed and walk.

When the Jews saw the man carrying his bed, they stopped him and told him that it was not lawful for him to carry his bed on the Sabbath.

But the man retorted:

The man who healed me told me to take up my bed and walk.

Who is this man who told you to take up your bed and walk? They asked.

The healed man did not know because Jesus had left the area.

Afterwards, Jesus found the man in the temple and said to him:

Look, you are healed; do not sin anymore or else a worse thing will happen to you.

The man went away and found the Jews. He told them that it was Jesus who had healed him.

After learning this, the Jews began to persecute Jesus because he did this work on the Sabbath.

My Father is working even up until this moment, and I will work also.

The Jews took great insult at what Jesus said and became determined to kill him. They were angry because he made himself equal to God -- not just that he had healed a man on the Sabbath.

Listen carefully to the truth I am going to declare to you: The Son can do nothing by himself, but only what he sees the Father doing.

Whatever the Father does, the Son will do the same. The Father loves the Son and shows him all the things that he does, and even greater works than what you have already seen will be done so that you will marvel.

Just as the Father raises the dead and gives them life, in the same way the Son will also give life to whoever he will.

The Father is not going to judge any man, he has given the authority to judge to the Son, so that all may honor the Son, just as they honor the Father.

Listen carefully to the truth I am going to declare to you. Whoever hears my word and believes in the Father who sent me has eternal life.

This person does not come into judgment, but has passed from death to life.

The hour is coming and, and now is here, when the dead will hear the voice of the Son of God.

By myself I can do nothing: I judge only according to what I hear from the Father.

My judgment is right and perfect because it expresses the will of my Father, and my Father is the one that sent me to do his will, and it is his will I seek, not my own.

You have inquired of John the Baptist, and he has borne witness to the truth. But the testimony that I receive is not from a man. I am telling you these things so that you will be saved.

John the Baptist was like an oil lamp that burns and shines light, and you were willing to rejoice for a short time in his light.

The Father that sent me has testified of me. But you have not heard his voice at any time, nor have you seen his form.

You do not have his word living in you, and this is evidenced by the fact that you do not believe the one that the Father has sent.

You search the Scriptures, because you think that in them you will find eternal life. These are the very Scriptures that testify and bear witness about me, but you will not come to me in order that you might have life.

I do not receive glory from people. I know you, and you do not have the love of God living in you.

I have come in my Father’s name and you will not receive me. If someone else comes in their own name, you will receive them. How can you believe, when you receive glory from one another, but refuse to seek the glory that comes from God.

Don’t think that it is necessary for me to bring accusation against you to my Father. There is already one that accuses you and his name is Moses, the one on whom you have set your hopes.

If you really believed Moses, then you would believe me, because he wrote about me. But since you do not believe what Moses wrote, how can you believe my words?